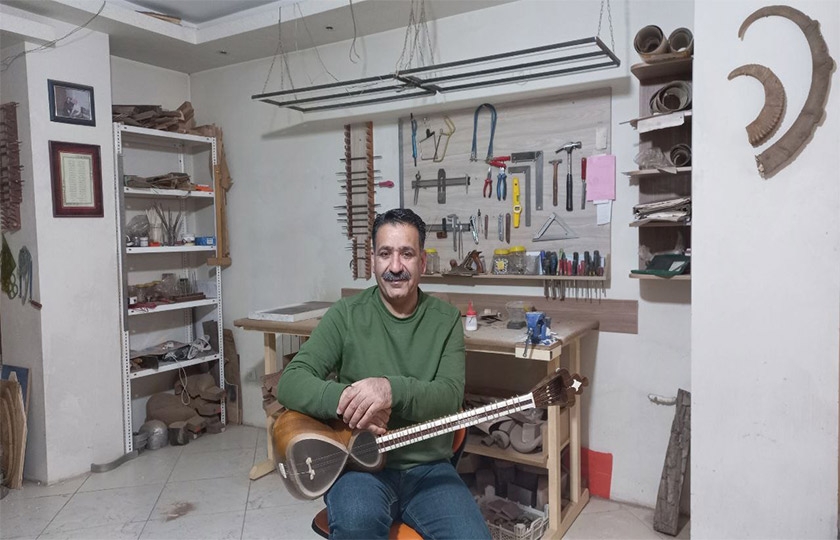 I am currently making Tar and Rabab 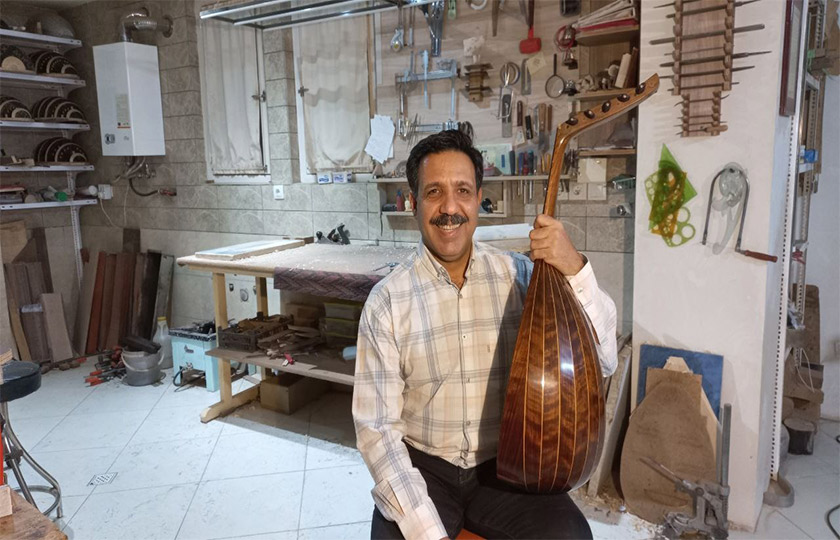 I am currently making Oud, Barbet, Setar and excitement for local and foreign musicians.

Born in 1349/6/31, Isfahan
Diploma of Technical Conservatory in the field of machine tools and civil diploma
October 1993, the beginning of setar making
May 1998, acquaintance with Professor Ebrahim Ghanbari Mehr and the beginning of the apprenticeship of this great man
1378, learning excitement technique and making excitement strings
2002, Learning Mehrkari
2003, Learning to make barbet (designed by Master Ghanbari Mehr)
2006, Designing a metal roller behind the devil for a barbat instrument (the idea was from Master Ghanbari Mehr).
2007, the beginning of recurrence with the permission of Professor Ghanbari Mehr
2008, Designing a new type of suspension for reverb, which leads to improving the quality of the reed sound and producing a sound with an Iranian tone
1389, 2010, Received the UNESCO quality award for recurrence.
2014, receiving the national award for the quality of handicrafts for incense.
2014, Received the National Award for Quality of Handicrafts for Setar.

2014, receiving the national award for the quality of handicrafts for Shurangiz.
1399, Inventing a method for tuning the setar, oud and barbat.

All the work done and the corrections were done under the supervision of Master Ghanbari Mehr and with his opinion. 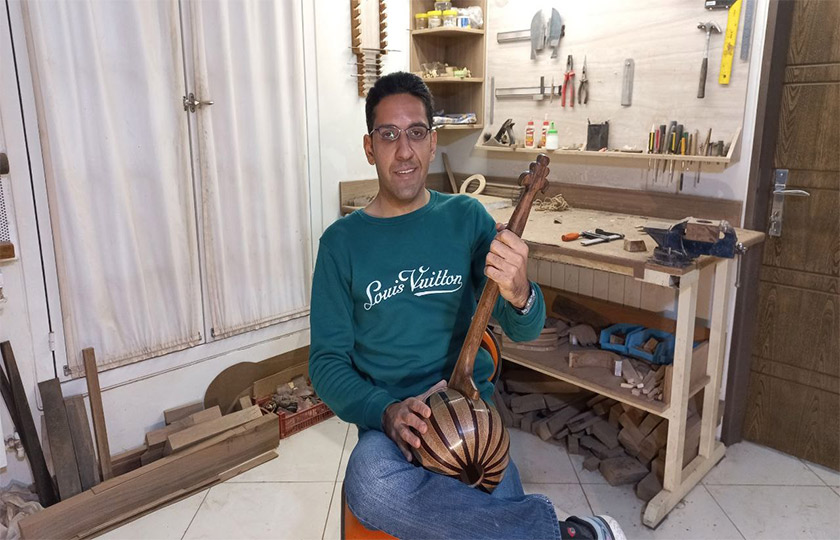 Born in 1984, Isfahan
-Diploma in Mathematics Physics
1373 Start learning the basics of adaptation in the workshop of his brothers (Massoud and Saeed)
1380 Professional start of making tar
2004 - Reached the presence of Professor Ghanbari Mehr
-2007 Specialized manufacture of Iranian archery string instruments (fiddle and flute)
-2012, 2010 Received the Quality Excellence Award for Fiddle from UNESCO
1390 Received the national badge of excellence and excellence of the fiddle from the Handicrafts and Traditional Arts Organization
1390 Received the national emblem of quality and excellence of Ghichak from the Handicrafts and Traditional Arts Organization
1394 Start of construction of baroque and traditional fiddle bow
1397 Design and manufacture of Alto 3/4 scissors
During these years, changes and modifications on these instruments have been made by him to improve the quality of construction, sound and playing comfort, which has been approved by Professor Ebrahim Ghanbari Mehr and prominent masters of these instruments.
Fiddle corrections:
- Upgrading the fiddle wire of Master Ebrahim Ghanbari Mehr design in terms of form and efficiency
- Upgrading the head of the paw of Master Ghanbari Mehr
-Improving the sound quality of the instrument
Alto fiddle upgrade:
Improving the quality of construction and sound of the alto instrument designed by Master Ghanbari Mehr
Scissors corrections:
- Correcting the bowl maker to fit the musician's physique and ease of archery
-Add the bridge to the scythe instrument
-Repair the scissors and add a long stand for ease of playing